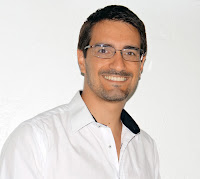 My name is Gaël de Bressy de Guast, I am 38 years old and I live in Nice, on the French Riviera.

I am a Mechanical Engineer, with a diploma from the French Institute for Advanced Mechanics (IFMA) in 2005, which became Sigma-Clermont on January 1st, 2016.

As an engineer, I have been involved in very different types of projects, just to name a few :
– underwater explosion simulation, for the French DCN in Lorient, which since became Naval Group;
– shockwave propagation simulation, within the tank of an oil-filled transformer, for SERGI in Achères;
– package engineering in the offshore Oil & Gas industry, for SBM Offshore in Monaco.

In June 2016, I decided to leave this position and to jump into the adventure of setting up a company, with the NAUVA project. To help me make the right decisions, I have studied at Nice’s EDHEC management school, with the Cycle Supérieur de Management from November 2016 to November 2017.

The idea to develop a robot for depolluting the environment came when I was trekking in the Alps. I always carry my own trash when I walk and I also pick up the ones left behind by some unaware trekker or assiduous polluters. Most trash will end up in the ocean, carried by rain, pushed by winds, until they reach a river and the open sea… 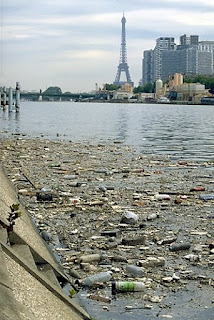 I am convinced that the available technological means, most notably robotics, must help us improve the world we live in. So, why not create a robot able to handle the exact same task : identify a plastic trash, pick it up, put it in a bag and dispose of it in an appropriate location ?

Of course, it will not change the world, it will not solve the issue of pollution, it will not put an end to war, starvation or sickness. However, I know that for the eco-systems that will be free of trash, even for a limited amount of time, it can change everything !