The NAUVA Projects aims to create a semi-autonomous underwater robot, without any wire connecting it to the surface. This kind of robot is called an Autonomous Underwater Vehicle (AUV), by opposition with the Remote Operated Vehicle (ROV) which has an umbilical cable for power and control. Hence, the name of the project !

The objectives of the first version of the prototype submarine are to :

For now, this prototype uses a 433MHz radio transceiver for control signals, which will be sufficient for the above objectives, while the sub is still on the surface.

This version of the prototype has been successfully tested in a swimming pool in April 2018 ! It remains controllable underwater, down to 1.5m below the surface, as the 433MHz signal manages to go through fresh water. 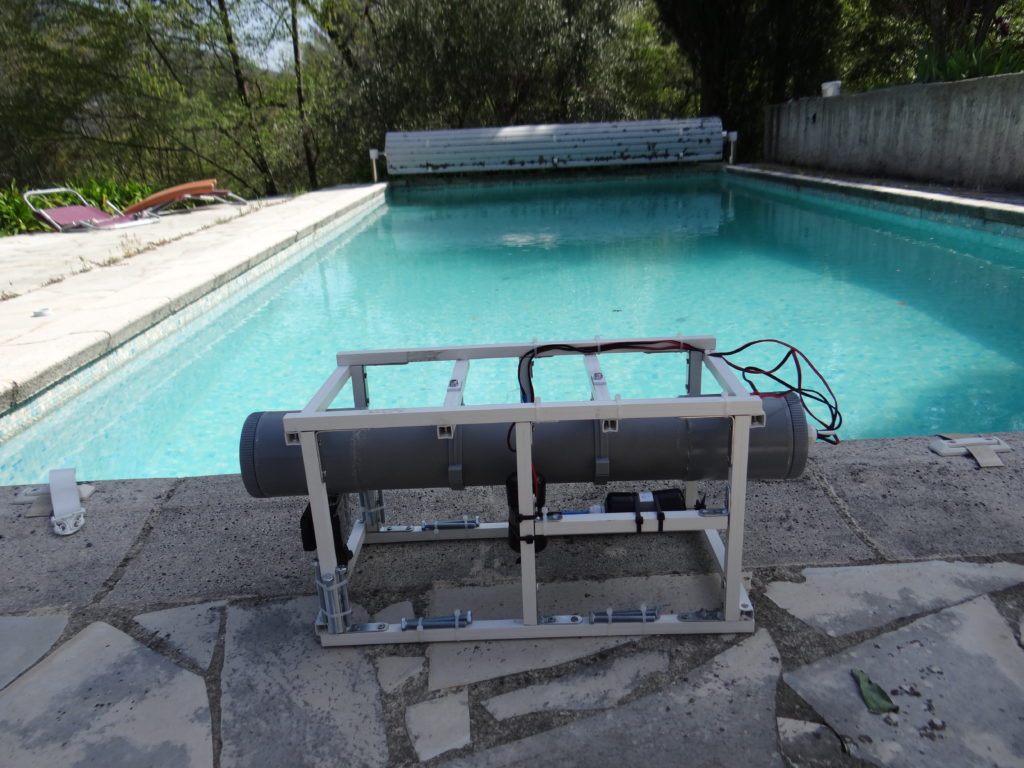 This second prototype will add several instruments, as well a new water tight cylinder, frame, control system… As you can see, it’s a completely new AUV in fact. 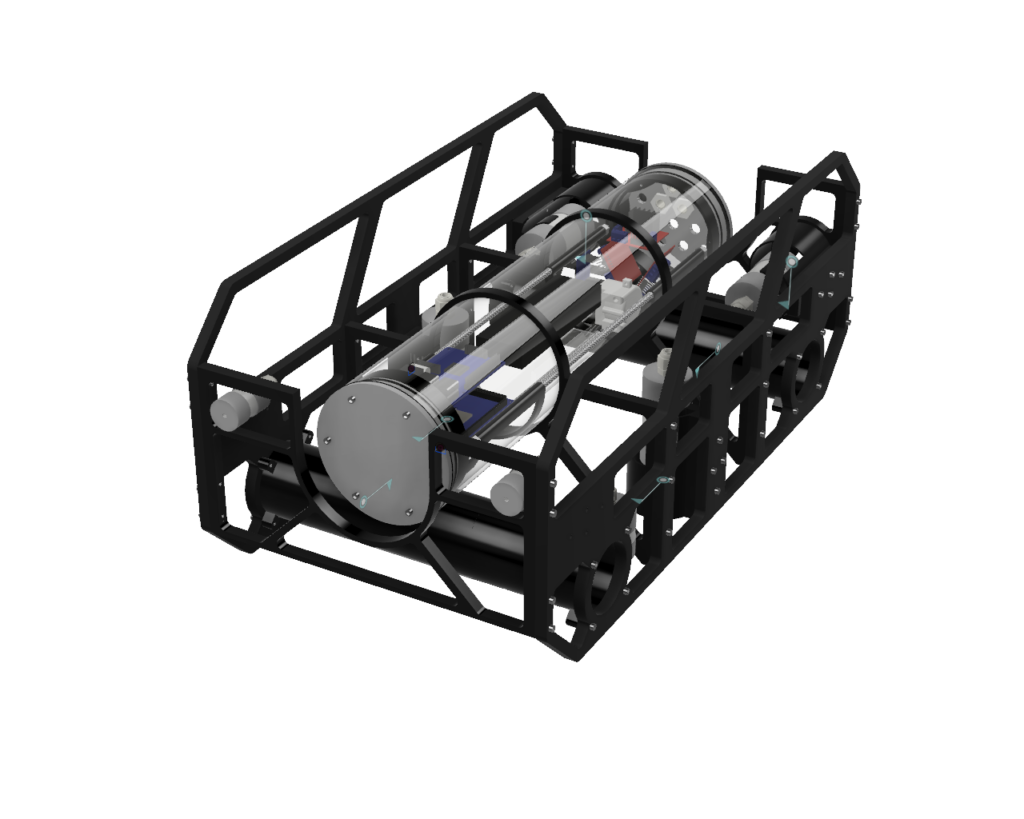 This version will receive the below additions :

The third version will add other components, which are critical to the functionality of the AUV :

The objective of this version will be to demonstrate that a robot is able to identify several different types of objects and interact with them :

The last step will introduce a new element into the global solution : a buoy, positionned by GPS, which will act as a drop zone for collected trash, as well as a battery recharge point for one or several robots operating in the same area. More or less, this is the principle of a Roomba robot applied to seafloor cleaning !